Well it’s not completely new, some of these songs I have been working on for years, but it is newly packaged so that’s new enough.

Firstly my “War, Actually” single, which contains The Pacifist and Golden Tower is now out: 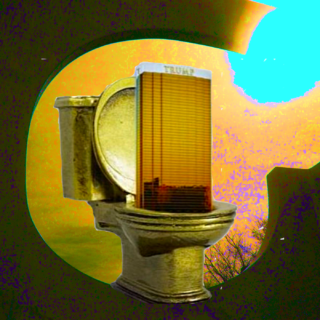 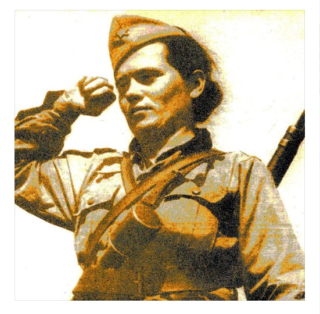 You can get these on bandcamp now for free.

The songs both come from the dark and ragged edges of a post-apocalyptic world, the same one that sometimes haunts me my in my dreams, dreams where I am on the run from some kind of state power, hiding in ruined cities with other revolutionaries, being hunted down one by one. Hopeless dreams. Golden Tower takes some imagery from these dreams, as well as drawing on current and past events in the Middle East and in the States, with a nod to Dylan’s protest songs with a harmonica solo. The Pacifist is inspired by my reading about the partisans of Yugoslavia who fought and won against the Nazis – the image is of an unknown partisan fighter from that war, which some of my Slovenian relatives were involved in (although my grandfather’s immediate family spent the war doing forced farm labour in Germany). Both were mixed by Liam Judson and i’m really happy with what he did with them, in both cases he brought out some of the more atmospheric elements of the mix which I had nervously pushed to the back.

Also in the pipeline is a mixtape/album of a number of recordings I have been working on at home with the help (?) of my kids and my musical friend and fabulous singer Havalina. The songs have really no common theme it’s a scrapbook of things that i just want to scoop together and tidy up before they get left behind as I move onto other projects. I’m going to record the final master of these songs onto a cassette tape and release that. I am very enthused by cassette tapes right now, the mechanical horse of sound, I completely agree with Bob Leggitt over at Tape Tardis, that cassette tape pleasantly “re-organises the frequency range and colours a recording … it softens, roughens, cushions, compresses the sound. Subtly and randomly adds micro-pitch fluctuations.” There is also a satisfying sense of having created something real when it gets turned into a physical analogue object be it a tape or a record, something that will last, something of substance. An added bonus is that the imperfections of the medium might help to obscure slightly the imperfections of the work they contain.

Here’s a demo version of side A which i am currently working on, probably it will be finished in a couple more months. [update: this is now also on bandcamp 🙂]

Muletonic · Tape Sa
These are all released through my band “Muletonic” which is just me and sometimes Havalina and whoever else wants to join us for the ride. 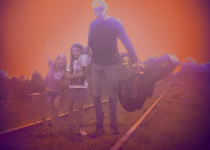