My life in the last few weeks has passed over a crucible of some kind, a big reset, and perhaps the world has too, another junction like the ‘singlularity‘ which i imagined that i noticed a few years ago, at the start of 2017 (probably end 2016 is closer the mark in retrospect – everyone now points as the US election as the fulcrum). These moments we live through are just doorways but they tell us something about the building we’re in, the rooms we become into.

For context i separated from my wife Rose in September 2020 – although we tried to make it work for another six months or so – but since April 2021 i have been living alone at our old home at Burra, seeing my three kids less than before, playing guitar and burning incense more than before. I can’t really diagnose what went wrong yet, it’s still too fresh, i can’t even say if it was inevitable (it’s certainly irreversable). I can’t even say if things are better or worse now than they were before, it would depend on what perspective you wished to take. Sometimes i’m very happy, sometimes desolate. Anyway it’s happened.

I couldn’t tell nana about it, which i suppose says something about how i needed to keep up pretences of functionality to her. Nana was a source of enormous support to me through my life but not entirely unconditionally – she needed to see me educated in a certain way, not dropping out, leading the family. Bless her i managed to do all this to her satisfaction most of the time (although my assurances that neverending part-time studies would see me with a degree one day — soon! were never quite enough). Maybe i did it because of her? It’s easy to underestimate how much we do with our lives simply to satisfy others particularly our close family. We want them to be proud of us.

One thing i never really shared with nana was my music – although in the final week before her death when she was already more or less in a coma i brought my guitar into her bedroom and played her some songs. Ironic because she was the inspiration for my music since the early days – playing records like the 1812 overture and ‘Hall of the Mountain King’ – then all those years of piano lessons, she drove me to my piano teacher’s house in Curtin, financed the family’s piano aquisitions. Nana was the daughter of a classical pianist and like her was suspicious of jazz and blues and everything that came after – so i never really shared anything that i did on the guitar. 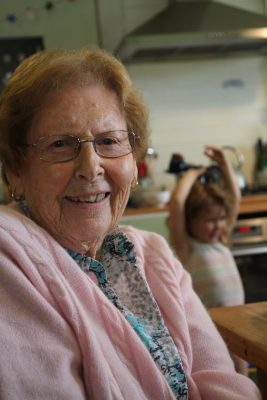 At her funeral a couple of weeks ago I was torn between the grief of loss and the fear of what might happen with the lifting of that need to fulfil nana’s expectations of success. At the ‘afterparty’ (i believe they call it a wake) i was enthusiastically embracing family like i might never see them again, as the new me would soon rise up and disfigure what was left of my life’s stability and reason. I realise now that allowing my marriage to end might even have pre-empted nana’s death, as her decline had already begun, and as i said i was able to keep the truth of it mostly from her. I was safe.

What i didn’t know was that shortly prior to the funeral I had contracted Covid and so was contagious at that party, an angel of death, spreading contagion among the most  vulnerable in our family. When I tested positive a few days later and sunk into fever it seemed like my destined fall from favoured grandson could now be completed, i was revealed as the pariah i had always been. Thank god, what a blessed relief, if only i could die too.  But of course I didn’t die, and it turned out, no body seemed to have caught Covid from me. I’m the opposite of a super spreader (a super mopper upper?) and am now mostly recovered, tho we’ll see what long covid brings (i am already at risk for aortic rupture due to my marfans).

Meanwhile while all this has been happening just in the last three weeks or so, Russia invaded Ukraine, the country flooded, i was promoted and then demoted at work then shifted to another team, i bought lots of cheapish guitars online, i performed at Smiths for the third time (and second time with Havalina), i harvested a lot of honey. What does all this mean? I’m scrambling just trying to get it all out onto the page so i can look at it and try and sort it. I have been in isolation for 9 days and it’s all spinning around me..

This is one of the songs i played with Hava.. ‘Change’ it sort of captures my mood today.

By the way my Nana’s long and remarkable life deserves a better write up than this.. (i talk a bit about nana in The Groove of 78 and Early Memories) .. today i’m just seeing everything through the diseased lens of myself, while lying at the very bottom of the well of bad dreams. 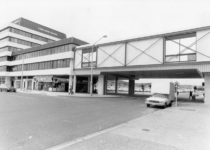