I am sitting at home, Rose on the bed beside me, listening to covers of Leonard Cohen’s ‘Avalanche’ on soundcloud. I think the best one i like is by someone called Dalanie Taylor who seems to be from Arkansas – she is playing in a different key to the original, which makes the chords a bit easier. I made my own cover years ago, it’s on soundcloud, not the best cover there. I learnt something from that song though, I learnt about talk singing, Leonard’s style. It creates that drunken sound – it works best with a resonant voice – and is a natural sidestep from reading poetry.  When i sang that song i had a rosary from the Archbishop of Jeruselum in my pocket, and read the lyrics out of the cd cover. I had worked out the guitar part, or a decent approximation, and sang and recorded guitar all in one go – then pasted together a couple of different takes, none of them that perfect. It was only after I covered this song that I realised Nick Cave had covered it years and years ago, in his own crazy style, and then i read or heard an interview with Nick about how important that Cohen album was for him growing up in rural Victoria. I came to Cohen so much later, like so many things.

I have some new songs on the way, or poem songs. They are going to become an EP or an album later in 2022 most likely. Here are a couple of demos:

Muletonic · This is what we chose
Muletonic · ‘Rainsong’
I have also worked on some songs for a local crime podcast Capital Crime Files Podcast (podbean.com) – they need tidying up really but here is a playlist:
Muletonic · Canberra Crime Files podcast soundtrack songs 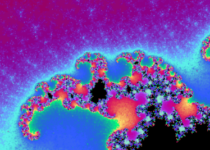