Watched the eclipse of the moon the other night, the ‘blood moon’. Mel took a photo through the telescope (below) as ‘Brain Damage’ played and I thought about whether i should buy that Moog synthesiser I’d seen on ebay that morning. So far i have resisted the temptation but it’s hard to. So many disasters occurring everywhere right now. Today all the chickens were massacred by a fox, i’ve just got back inside from burying them in a mass grave, the soil soft and rich in orange slippy clay, still wet from the enormous rains we had last week. Now my heart feels like the moon, hot and bloody and sore in my chest.

I just deleted Twit from my phone, I can’t bear to stay there and create content for the Musk rat after he fired so many staff. Twitter wasn’t perfect but it was pretty good and I apprecciate how hard it must have been for those staff and for Jack to keep the balance right. For quite a few years it’s been like I was part of  a cool party going on with lots of interesting people and conversations and then Musk shows up with his ‘bros’ and starts picking fights and totally destroying the vibe.  It was bad when Trump was around too and getting rid of him was Twitter’s greatest moment imo. So i’ll try and find a community elsewhere but for now i could do with a break from the bird anyway, endless scrolling is such a time waster and the content has gone downhill with the loss of so many people and the sudden arrival of whole tribes of dull opinions.

I have been recording a few videos on my youtube lately, there will be more up soon. Just little demo sessions. Also a few new songs i’m working on are appearing as rough demos on souncloud.  I’m preparing for a little session next week at Smith’s Alternative (Tuesday 15th November, 5pm). That’s enough for today. Byee!! 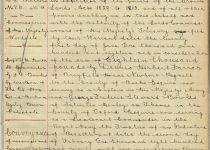 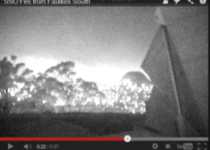