Reading an article in the Economist, about more work done on the fermi paradox (that the galaxy should be teeming with civilisations so why isn’t it), and i got musing again about interstellar travel.

If we view the galaxy as being innately fertile, as i do, then the flowering of intelligence would be as necessary a consequence of its birth as is the birth of its suns. And it would happen spontaneously across the galaxy like the opening of blossoms on a tree.

But that doesn’t mean we know about other intelligences. The galaxy is 100,000 light years across. Even if it could be crossed at near light speed, that is still a relatively long time. The earth could be circumnavigated by ships in theory within a year or two ever since early civilisation, but it didn’t occur at that rate, it took hundreds of years. By extrapolation, even once near light speed technology became possible, it would take much more than 100,000 years to thoroughly populate the galaxy. The researchers discussed in the economist calculated perhaps 50m years.

I think it is reasonable to believe that the emergence of intelligence is occurring elsewhere, and may be ahead of us by some millions of years, but I believe it is not so far ahead of us that it has completely populated the galaxy and become ubiquitous. I think it would arise across the galaxy spontaneously and contemporaneously, once initial seed conditions were right. This is a deterministic view, as opposed to the contingent view of evolution of life and intelligence (where random events like asteroid impacts completely change the story). I view the galaxy as, if you like, an fried egg. It all gets cooked evenly – even to within a few million years. We should expect to know our closest neighbours first, and even they might be 100 light years away (i love the lists at solstation when musing about this). But there is no civilisation out there that has got a massive head start on us.

And if it turns out that near light speed travel is in fact impossible for material things like spacecraft, then the maths makes it even more difficult to populate the galaxy. I can’t even see humans boarding a ship which was not destined to arrive for much more than a single lifetime, without some kind of stasis technology. Even then, the thought would be “perhaps a faster technology will be invented whilst I am travelling, making my journey pointless”.

And all of this assumes that there is no shift in how we view reality itself. I discuss elsewhere my thoughts on alternate realities in our mind and how this is where all the aliens could be (the Orpheus idea). Distance in material space becomes of no consequence when we are neighbours on other planes. 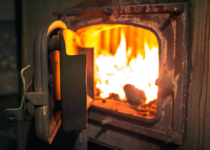 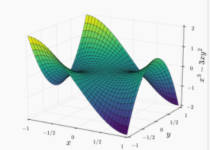