Skip to content
Home
enlightenment
How I meditate now

When I was younger I spent long periods of time in solitude meditating. Over the years my practice has changed, and I have explored different techniques from different traditions while travelling in Europe and elsewhere. After some years, I concluded that for me, the path doesn’t matter in the end, as meditation is a way of life, and I am still pretty bad at it.

My first steps with Buddhist and Advaita techniques

My first instruction in meditation came from a Tibetan Buddhist book How to Meditate by Kathleen McDonald, which I bought in Kathmandu when I was 16.  This book gives a good introduction with the basics of posture, and the technique of following the breath. It also goes into more detailed meditations that relate to Buddhist philosophy and deities, which I think probably overcomplicate things for most readers. I do have to thank Kathleen for being the first to introduce me to Buddhist concepts and to Bodhisattvas such as Avalokiteśvara. 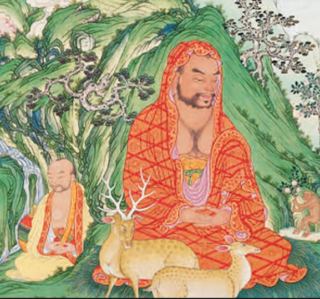 Following this, my meditation technique then in the beginning was to sit in half lotus, with my hands making one of the simple mudras, usually dhyana mudra, and meditate by counting and concentrating on the coming and going of the breath, trying to let thoughts rise and subside without following them.

Following the breath is still the starting point for my meditation.  Sometimes to help relax my joints before sitting I do a sequence of Pawanmuktasana (yoga) poses from the book Asana Pranayama Mudra Bandha by Swami Satyananda Saraswati. After doing these (usually series 2, for my back, then series 1), I find that my mind is calm and meditative states spontaneously happen.

Meditation can take place anywhere, it doesn’t need to happen while in half lotus, or any kind of lotus. This was a realisation I had reading about Sri Ramana’s meditative technique of following the question “who am I?”.

This is a form of analytical meditation. Kathleen McDonald’s book also gives several of these – meditations on impermanence, death, emptiness, and others.  Sri Ramana however is in the Advaita (non-dual) tradition of Hinduism, and in this system the “self” or “I” is the source of everything, and inquiring into it uncovers the roots of reality. Descartes was on a similar track when he observed that “I think therefore I am” is the root principle underpinning reality (but Advaitists would say that ‘I think” comes second to “I am”, not the other way around). 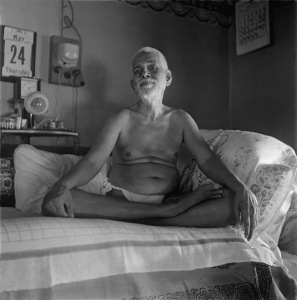 To meditate on the Self, one formulates the question “Who am I” in the mind, and then, letting the words go, focuses on the sense of ‘I’ and continues to gaze at it, without distraction, to see where it arises. I find that it is like finding the source of a fountain.  It takes enormous determination and focus to hold it and follow it home.

The difference with this meditation or inquiry over many others is that it requires no other circumstances, there is no assumption that you are in a quiet place or anything. Sri Ramana didn’t recommend an ascetic’s life over any other, and didn’t really recommend ‘meditation’ as a thing, just the inquiry as a way to unpick the illusions of the mind.

Travelling with Zen through old Europe

Being self referential, (like attempting to see the eye using only the eye), and so somehow impossible, the “Who am I” inquiry also has the quality of a koan, and Zen Buddhism was one of the next influences on my meditation.  I attended Zen retreats in the Soto and Rinzai tradition in the UK, Germany and California. But before that, I read Lin Chi, and had a great book The five houses of Zen by Thomas Cleary (one of the beautiful Shambhala editions). I also read Dogen’s Shobogenzo, and this led me into all the beautiful poetry of Ryokan and Basho which has a Zen quality of noticing particulars.

My favourite koan is Gutei’s finger from the Mumonkan, (“the Gateless Gate”) collection:

Gutei raised his finger whenever he was asked a question about Zen. A boy attendant began to imitate him in this way. When anyone asked the boy what his master had preached about, the boy would raise his finger.

Gutei heard about the boy’s mischief. He seized him and cut off his finger. The boy cried and ran away. Gutei called and stopped him. When the boy turned his head to Gutei, Gutei raised up his own finger. In that instant the boy was enlightened.

Anyway the Zen school offers that stripped-back harshness combined with a soft mountain temple aesthetic which is so delightful (and so different from the multicoloured Hindu and Tibetan practices).. and the koans of the Rinzai school in particular are designed to trigger those satori experiences of lightning clarity which I began to experience as I meditated more and more, roaming around Europe, eventually living in solitude in a cave above Trieste in 1998 like a madman. 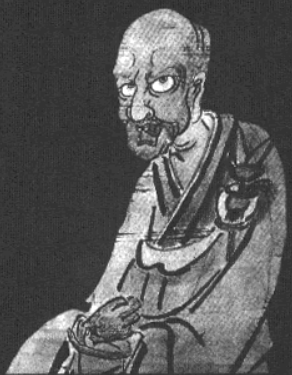 The trick is to see what isn’t there. I became obsessed with this trick. It is fantastic. Moments of satori are like a drug, the high stays with you all day, all week even. The goal is to be permanently in that state. After a while you hardly need the koans – you see koans in everyday life, like it is all being written and played out before your eyes to amuse you. Meditating like this gives everything a glow after a while, ordinary life becomes gilded, magical.

The problem is that while having these experiences, it became harder and harder to interact with ordinary people and conduct a life. Especially when western society has no system in place to support spiritual drop outs.  Some Buddhist societies in Asia, where there is a long tradition of dropping out (Buddha was a drop out), and India, which has the Sadhu tradition, have systems and customs to support people who take this path. But in the west, the aesthetic living in the grotto is a thing of the past. Also, it is too cold most of the year in Northern Europe to be comfortable in a grot. 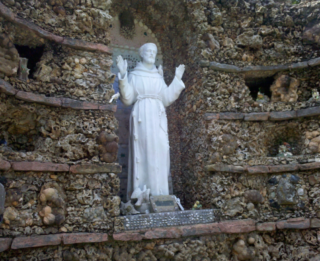 I spent a lot of time sitting in churches in Cologne, all amazingly rebuilt after the Second World War. My favourite was the romanesque Church of Great St. Martin, down on the Rhine. Most of the churches are near empty most of the time, and are great for meditation. I would put some money in the box, light a candle, and sit on a pew for hours meditating (often wished there were more cushions), and no one ever took any notice of me. The mainstream traditions of Christianity do not have a place for meditation, they do not really recognise it. They have prayer, which in my mind was a sort of corruption of the purity of meditation, with the insertion of desires. Perhaps if I had found a christian monastic lineage that would welcome me, it would have swallowed me up.  But they hide themselves – when I visited Assisi all I could see were tourists, and at Pleterje in Slovenia, the Carthusian monks were literally all hidden away behind screens. I could have gone to Mt Athos.. but I think I was too polluted by far-eastern thought by this time to fit in with any Christian orthodoxy. 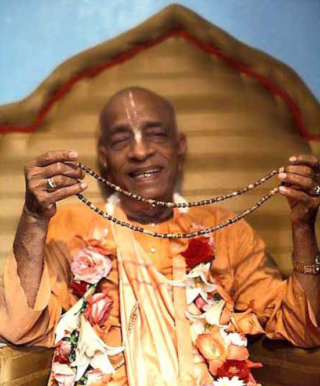 I lived with the Hare Krishnas on a farm they run in Hungary (“Krishna Valley”) for three or four months, and spent my spare time meditating in the beautiful fields around the farm. They are Bhaktis, those whose practice is to worship Krishna, and they are extremely critical of all kinds of non-dual Hindu and Buddhist meditations which seek to uncover reality without help from Krishna.  But their use of mantra is highly meditative, and for the time I was there I counted the rounds of “japa” (“muttered prayer”) beads with everyone else, whispering the Krishna mantra, which has to be said over 1,700 times per day if you are a Krishna devotee. Once you do it this much, the mind certainly enters into a sort of stunned, meditative state. It’s interesting that Christianity also has beads – rosary beads – in some of its traditions, but reciting mantra hasn’t quite taken hold like in the east. 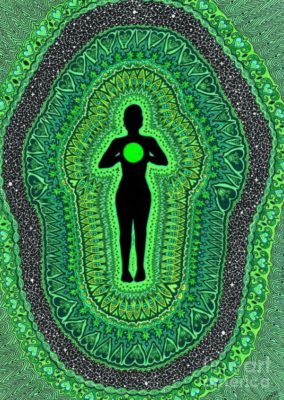 Another meditation school I briefly experimented with later was the techniquies of Sri Chinmoy, who encourages meditation on the heart chakra. I found this useful, and it made me realise that before when I was meditating, my centre of concentration tended towards the forehead (the third eye). This was responsible, I think, for some of the more spacey experiences I was having, and Sri Chinmoy says that it’s a less stable place to focus on. Meditating on the heart seems to be more stable. Sri Ramana also suggested the heart chakra (although he placed it slightly off centre). Sri Chinmoy people also meditate on a candle flame, which indeed is very soothing and it has the advantage or requiring you to be very still and in a still place (otherwise the candle flame wobbles). Going back to some of these meditation basics from a Hindu tradition was useful to me, but when they suggested meditation on Sri Chinmoy’s face, it got a bit too culty and I left.

Boiling it all down

Essentially meditation is about single pointed concentration. Calming thoughts and the mind in order to attain this is not easy, but you can get practised at it.  There is an hour of the day before the mind becomes agitated – about 4am – when it is easier. It is easier when sober, when quiet, and when we make efforts to step out of the flow of life. After much practice, this single pointedness becomes all-absorbing, it becomes zero-pointed concentration, which opens a door to something else. This is the meditative state that I sought and experienced. Fundamentally, it doesn’t require any props or prior beliefs or special poses. You can do it lying in bed or on a bus or standing in a queue.

Nowdays, I meditate ‘formally’ in half-lotus now and then, but my daily meditation, if you can call it that, is on the activities of life as they occur. Every moment requires our attention, and to be present in all of them is ‘meditation’. In fact, the cultivation of life itself like a kind of garden is a meditation. We create our future through countless small decisions, and making these with more awareness using the meditative mind slowly over time creates a more beautiful life and a more beautiful world. 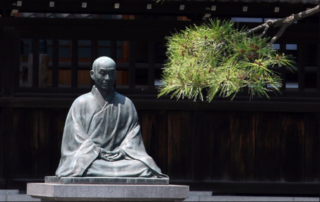 Of course, it is exhausting to be focused all the time. It would be a superhuman who was alert and present and calm all the time. Such superhumans do seem to have existed occasionally on Earth, according to the old stories. For the rest of us, patient practice, and moderation in exercise and diet can help to sustain our efforts. But I can understand the urge to throw up our hands and despair at our own weakness, exclaiming to some higher power “help me out!” 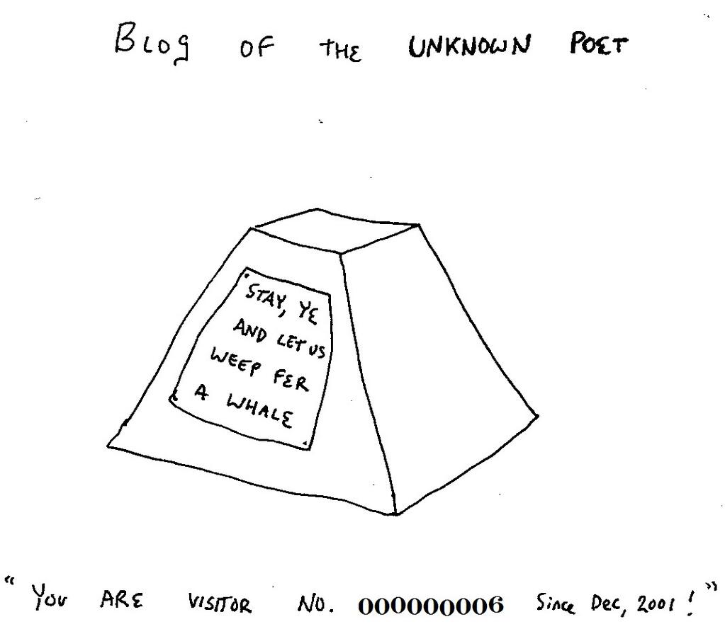