After holding onto my old nokia for a long time I finally gave in and got a phone with a shiny screen, and noticed that my blog isn’t suited to devices. So i changed it for a while there, to make it easier to read on a tiny screen. But i’ve just changed it back cause it was too ugly like that. So, i’m sorry if you are trying to read this on a phone, this blog is for bigger screens. I notice that phones are getting bigger though, so perhaps technology will catch up with me one day.

I’m addicted to the ‘intellectual dry hump’ that is twitter. i like following Richard Dawkins, for his crisp logic and fearless online antics, Mat Johnson, one of the funniest and most insightful persons alive,  Anton Newcombe for insights into a beautiful music world which i wish i inhabited and Evelyn Enduatta who is an ANU anthropology student with a cool Yolŋu thing going on. I mention these folks to give a hint of the peculiar range of inputs that we can plug into on twitter. It is the magic of this social media phenomena which allows us to get sort of intimate with people who are global figures, or random strangers. I asked Anton the other day whether he could see any geminid meteors (such a nerd i am).  He said it was overcast in Berlin. That kind of little interaction is just pure gold to me.  But it’s not just about fandom gesticulating at their idols. It’s also about an exchange of consciousness which is not bordered like it used to be. Like the Dawkins feed – the springing back of forth of ideas is really potent. An argument is going on inside the mind of the humankind-animal and you can see it on twitter.  Reddit is also interesting, but with the forum structure it is less a stream of consciousness like twtter. I have been using it lately to post some new stuff. 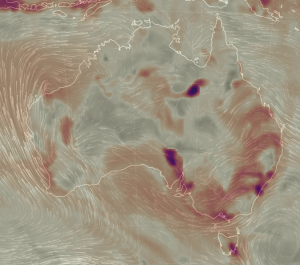 I am still in love with Earth Wind Map and the new layers which keep being added. Above is the sulfate pollution map which shows how most of this in Australia comes from the Mt Isa and Olympic Dam mines.  Below is El Nino, the big yellow streak in the tropical east pacific. Indian ocean is also warm right now which i read on bom might be allowing some moisture to get to Australia despite El Nino. 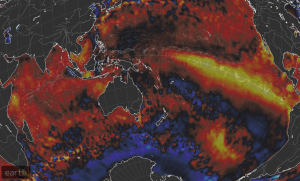 what else? it is christmas and that is dreary. The days are very long. i am having a lot of trouble getting any poetry written, or music recorded.  There is a new tune i am working on – you can hear me playing it moments after i created it here. Actually, more than anything else perhaps, playing music makes me happy at the moment. the aliveness of a tune, its movement, is so seductive to the mind. when everything else is dead the music will live on.. 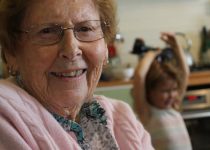 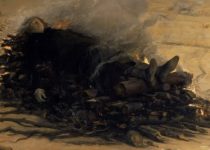