They came from the bottom of the fruit bowl and taught us how to be bad and cooky. Perhaps they ate their parents. Who knows how exactly it was that these theatrical satanist misfits came to be over here, but it was largely the work of Ryan Gentles, who is manager for the Strokes. He assembled this motley assortment of New York musicians and taught them to smile while singing strange warped sesame street-jingles with lines like ‘who’d mistake the steak for chicken, who’m I gonna stick my dick in?’. What else can we drag out of the schoolyard. 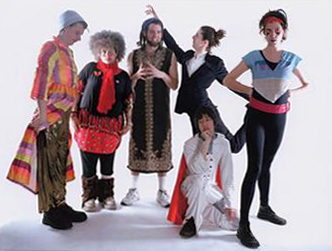 It works because on stage these guys are so relaxed. They can have a giggle at the silliness of their own lyrics and pose for photographs and with six performers they fill the stage and can even afford to wander on and off a bit, returning occasionally to add a neccessary lyric. The guitarist in the walrus costume (well it looked like it was a walrus) must have regretted his choice in the heat of the stage. But for such an ecclectic mix of performers, who all show their individuality in their style of playing and odd costumes, they fit snugly together and create a sound which is exciting and full of moments when a lot of different musical genres seem to be being touched on at once. With a sound as colourful as their wigs, they set a fast pace, they’ve got lyrics you can laugh at and they can come up with a new idea. Like playing recorder and adding feedback. Yes, these guys are probably on to something. 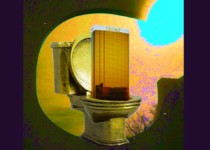 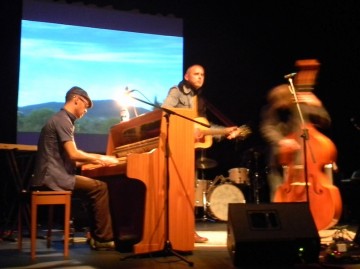