Exploring online, it is always exciting to come across a new habitat, or wilderness of ideas. I’d heard about microblogging and had stumbled through tumblr once or twice without paying much attention. But using twitter more than usual lately and have begun to escape the walled garden and clamber through the rugged terrains outside. Mired in blog after blog, clambering up feeds, splashing in thought pools and tumblring down landslides. Start to recognise memes, this is a great age of sorting memes. Clarifying, accentuating, drawing divisions, battle lines (the echochamber or amplifying effect of the net so noted these days). Music, images, candyfloss and heroin, bankrolls, loo rolls, pasta salad. 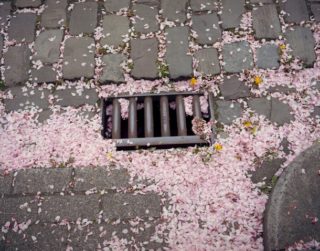 Google glass is worn by a few early cybernaughts.. the closing of the synapses.. our brains are only molecules away, the great interface is prescient in my mind.. (apart from in Australia where we are doomed to have copper for another 60 years) .. the brain eclipse of sweet perfumed miasma. A waterfall of words opend up to us, a display of impulse-firing thoughts.

There are barriers to this revolution. The principle barrier is an outdated approach to intellectual property and copyright. The idea of owning a thought, through its representation on paper or screen, even if it originated in your mind, is against the principle of innovation. Every thought is built on thousands which came before, others which gave freely of themselves. In fact, this principle has always operated even after copyright came into effect, the discrete borrowing of ideas continued uninhibited.. but now that we are online, and this borrowing is made public for the first time, now the law steps in. The marauding dragons of this quasi fantastic age are those who seek to claim rights to knowledge or creation simply because of a legal construct. There is no reality underpinning the idea of intellectual “property”. It does not exist. All that exists is a system that is purposefully anachronistic to invention and creativity, favouring the strong against the weak, parasitic and inhibitory. Its disservice is to humanity and the future of the combined-mind internet, an experience of joined up minds which I think with google glass is on the way.

Imagine we all share everything. .cutting and pasting at liberty.. there is no ownership of IP (i sound like john lennon.. nothing is truly original). Will authors and inventors disappear? They cannot. Will corporations disappear? Only insofar as they are currently parasitic. Constructive and creative work will continue, unhindered, it cannot be stopped in fact. Invention will instead take the most direct course from conception to reality. It will not be trapped in parasitic IP laguna. The world’s mind will be freed.