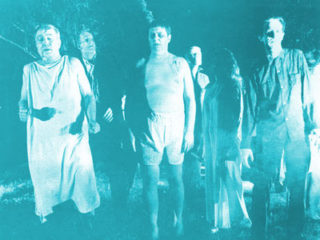 Imagine going about your daily life and never being sure if the people you meet around you are real humans. Some of them, no one knows quite how many, are AI powered robots that churn out the propaganda of their creators. They seem real at first but when they are engaged, it is clear that their brains that have been taken over by viral memes.  The television shows huge crowds of people cheering the president, but one day you come across one of these crowds and you realize they are all zombies, not one of them is real, or if some of them are real you can’t tell. What these zombies embody is the transformation of money into opinion, and their mission is to change society to suit their masters. They are programmed to love their masters with cult-like devotion, and their weapon against his enemies is channeled hate and rage. Their very existence is poison to the democratic ideal of one human, one voice; the foundation of modern society.

If you have spent any time on social media, you’ll realise that this situation is already a reality. This could not happen in real life where we can instantly tell if someone is a real human being or a zombie or a robot. But on the internet where “nobody knows you’re a dog“, the zombie apocalypse is an AI driven bot takeover that is already well underway. Twitter is awash with thousands of bots (though they argue the numbers), infecting debate, and the AI that powers the bots gets better all the time so that they can be difficult to identify.

The anarchy which characterized the early internet was sometimes fun, healthy even, but it has become infected with money. We are living in a time of great inequality, and some of the 0.001%, the super rich, have discovered how it is possible to engineer a populist base by creating armies of bots and paid trolls. These are being used to undermine the democracy of other nations, to influence elections, prop up dirty industry, and generally to further empower those who already hold wealth, against the interests of actual human beings. They work in tandem with some more mainstream media outlets, and also use more traditional lobbying and advertising to get what they want. The sales pitch is nothing very new, But the zombie takeover on social media is particularly insidious because it undermines the core touchstone of democracy and sanity in society, which is the will of the majority of the people. 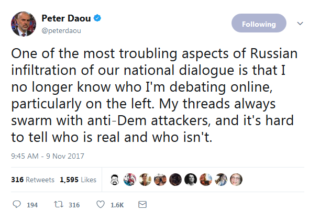 This situation is regularly drawn to the attention of Twitter, whose users have already done a lot of the work in digging out these bot networks. These networks are a mixture of bot accounts and propaganda accounts run by users who are presumably under the employ of someone, like the famous Russian troll farms. Twitter closes down accounts which are overtly promoting violence or harassing others, but this basic policing does not affect those whose goal is simply to dominate and derail a conversation. Many accounts seem to stay dormant for months, then suddenly become active en-mass, creating an effect before the twitter teams can shut them all down, by which time the damage is already done.

The key problem is identifying if an account belongs to a real human being. Twitter verifies accounts, but this is a slow process. There needs to be a faster way to identify accounts that are bots or zombies and tag them so that they can be hidden, and don’t infect the dialogue. At the same time, there should be a way to tag an account as belonging to an ‘actual human’. Then users could apply their own filter to discriminate against bots or humans as they please. Real block lists do already exist but they are blunt instruments and place a lot of trust in their creators. What we need is complete transparency, so we can see who has verified who.

One solution I can think of is if there was a lineage of verification that users pass on to each other, which is visible, and could be used to judge the veracity of an account. By getting users to verify each other, a tree branching structure of verification would be created. Importantly, if one of those accounts in the tree turned out to be a bot, then the whole branch of verification below it would be cut off. 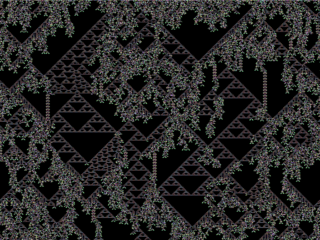 In such a network, the stem would verify a bunch of accounts who would go on to verify others. Every account’s verification could be traced back to a handful of original users who everyone knows are humans. The verification path would also be an interesting analysis of who is connected who on twitter, and could help to identify who to trust, apart from identifying just the worst bot networks. As well as verifying each other, everyone would also be able to ‘deverify’ a user who they thought was a troll. Such a user and all their verification tree below would then also be blocked to that user.

This is visualised below using real twitter data from the activity of troll hunter @peterdaou (one day 10/11/2017). Peter’s account could be used to verify a bunch of other accounts, then those ‘first tier’ like @leeladaou at level 1, who would go on to verify others at level 2 and so on. 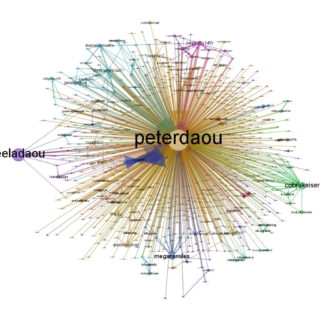 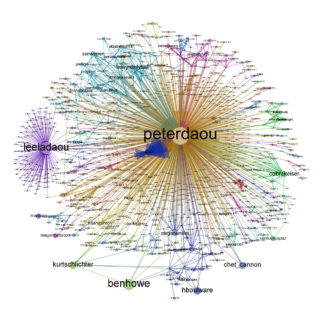 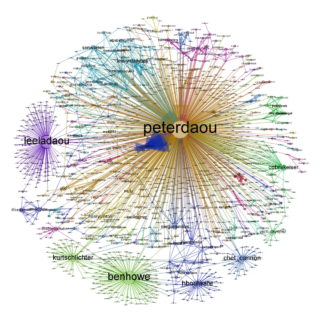 In the end you would create a system that creates and rewards users with greater integrity. Those who had been verified by lots of real people would be more valuable users to have in your likes. If a bot or troll somehow got verified and went on to verify a bunch of other trolls, then the whole branch could be cut off by identifying the account that made the original mistake.  New users to twitter might not even see unverified accounts by default.

This system wouldn’t have to exclude bots, but bots would become labelled as such, and once they could be identified, there would be a way of keeping them in, but excluding them from interactions where they were not wanted. The system would also not eliminate every angry real human troll on twitter but it would go a way to restoring the basis of what social networks were created to do – enable discussion and connections between ordinary people in real life.

I think that systems like this will take us towards Web 4.0, which is less anarchic, but also less zombie apocalypse than Web 3.0. It will strengthen the democratic basis of civil society as it exists on the web, reward integrity, and be a step towards combating the huge inequalities of wealth which are poisoning politics around the world at the moment. 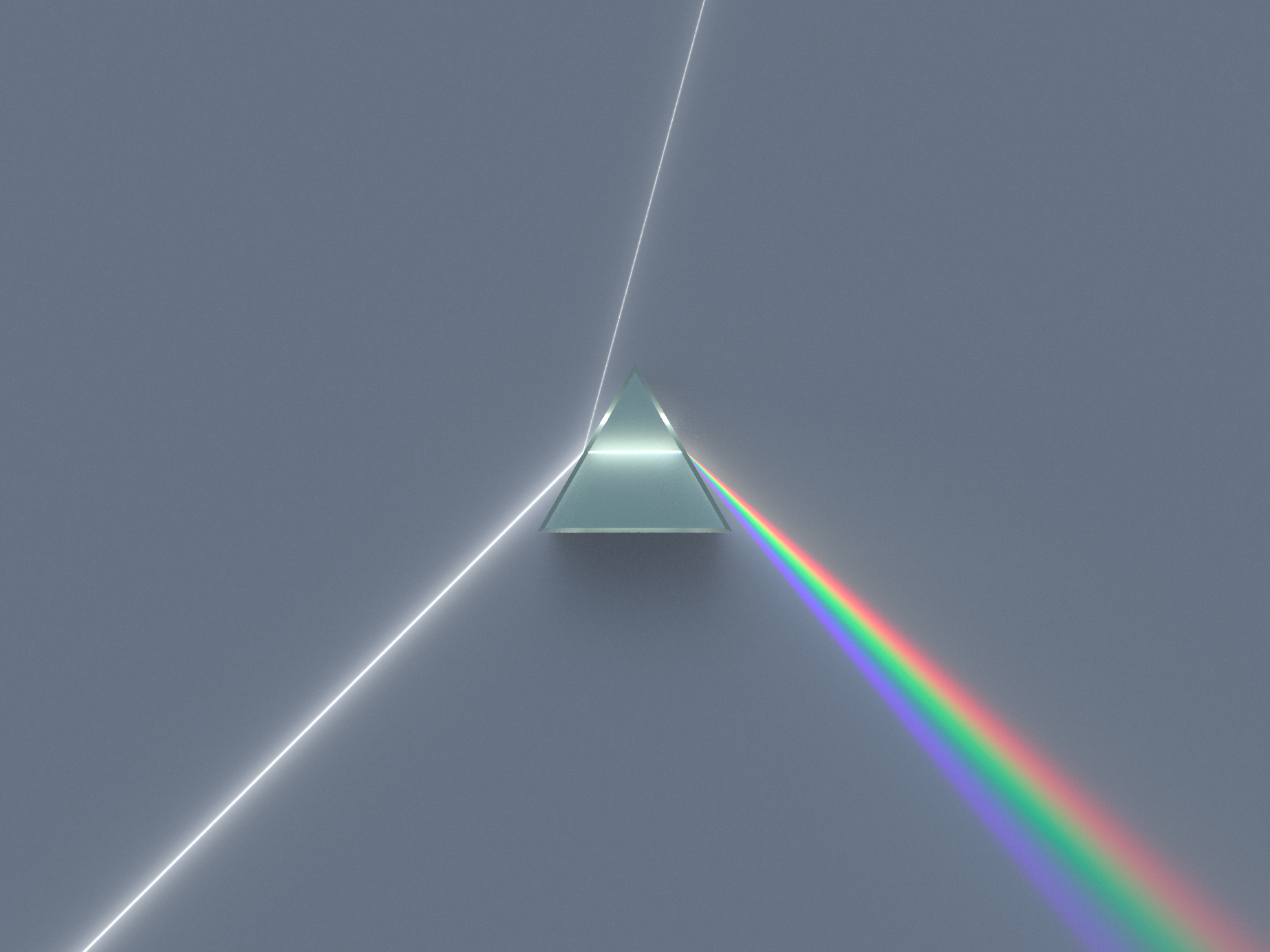