Skip to content
Home
nerdy
Meditations on the primes 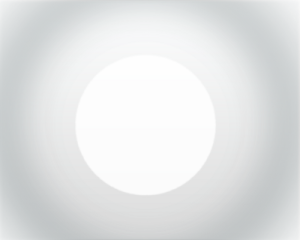 The first number is really all the numbers. It is the infinite one. Indivisible, or infinitely divisible. One way of conceiving of it is a bright light, streaming in all directions, with no shape and no source. It is also like pure being, pure certainty. 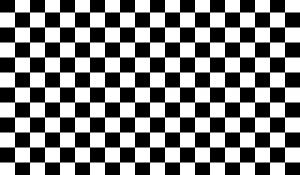 By introducing two, we divide the one infinitely into a great grid. We have invented even numbers. Every other even number, half of all the numbers, will be a multiple of two, divorced from the whole.

Two is like a moment of doubt, clouding the certainty that existed with one. It seems to be associated with logic and daemons. 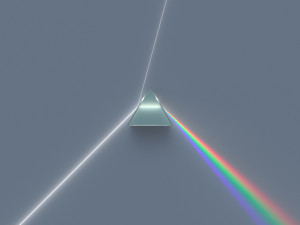 Three is the prism. It returns towards one, but two has created the separation. Colours are invented by three, and all the possibilities of aesthetics open up through multiples of three; 9, 12, 15, 18… Three creates many beautiful numbers. 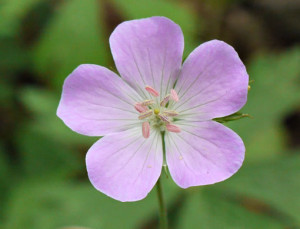 Five seems to be connected to a lot of earthly life and humanity – the fingers on the hand, echinoderms (but not mollusca which are bilateral) – and it is the first number which seems to hint at the shape of the circle, the wheel. 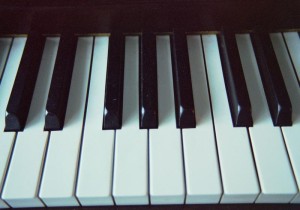 Seven planets (of antiquity), seven days of the week, seven whole notes in the scale. It is seen as a mystical number, I’m not sure where this comes from, perhaps it doesn’t occur in nature very often.  There are seven systems of symmetry identified in crystals, although no crystals seem to have a symmetry that is septile. 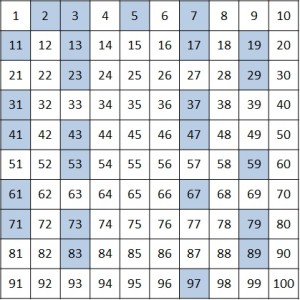 I guess here we begin the path that is laid out by the Sieve of Eratosthenes and, harder to grasp at, our most intimate experience of these larger numbers is perhaps by living them. The paired primes – 11 and 13, 17 and 19, seem to create a resonance around the numbers 12 and 18. . the years that are pivotal in our experience of becoming adults. I remember feeling that the age of 23 was the last age at which I had the courage to make truly life changing decisions. The next pair, 29 and 31 are a bracket around 30, that milestone age, and 37 is a break point for the decision to have children for many people, as the body begins to decline. The next prime pair brackets the number 42… (Douglas Adams’ number) and here I’ll stop as I’ve not yet lived that far so have no personal experience to relate.

On a slightly different topic, I’ve been thinking for a while that the base 10 counting system we use is really unnatural and unsuited for the future. In times to come, I wonder if we will come to prefer binary – some extrapolation of it like octal or hexadecimal.

We are already gaining a new familiarity with numbers like 64,  256 and 512,  thanks to the digital age of computers in which it is natural to count things like megabytes (1024 bytes).

Decimal only came about because of the number of fingers we have – those fleshy growths on your hands.  If we were squids it would certainly be different.

If humanity decides to use hex or octal as our counting system instead of decimal at some point in the future, it will be a bit like how during the last century or so most countries decided to use decimal counting instead of using feet and inches, for simplicity in an increasingly empirical world.

Hex seems the most likely candidate to me because it has an added compactness that comes about from the extra characters, yet there still arent’ too many symbols to remember. But here I think we run into a little connundrum.  Hex when it is used now in computers uses the latin alphabet for numbers 11-16 like thus: 1,2,3,4,5,6,7,8,9,A,B,C,D,E,F.

It could become a little confusing to use e.g. the letter C to refer to 12 when for instance trying to sell eggs.  There may also be a problem during a transition period that that unless your hex number contains a letter it will look like it could be a decimal number.

So because of these problems, we will probably have to completely re-invent the symbols we use for counting. It might be a chance to create an entirely new set of symbols that are neat, efficient, and contain none of the ambiguities that you get from reading the numbers 6 or 9 upside down, or thinking a 1 is an ‘l’ (although it might be hard to change the symbol for ‘1’ as it’s so ubiquitous and commonsense).

The names of numbers might need to be changed too. It makes no sense to be saying ‘teen’ for numbers over 12 when we are not counting in decimal any more. Perhaps it’s another opportunity to borrow some neglected words from old cultures. For instance, here is one idea with some borrowings from Sanskrit..

Of course no-one likes change so the opportunity to introduce this system would probably only occur at the same time as some revolution is occurring, or new civilisation establishing itself and its identity.  Perhaps my great grand children will see to that. 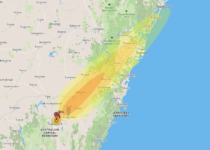