Bit of a wander through nostalgia.. here are some images which capture the ’16 bit’ decade for me. The timespan i am thinking of is about 1989-1998, when i first got my teenage hands on computers and was instantly transfixed by the games and the fun in getting into the guts of the OS. The 16-bit era is represented to me by chunky VGA graphics, lots of command line interfaces (MS DOS being ubiquitous), floppy disks, and the birth of internet 1.0. 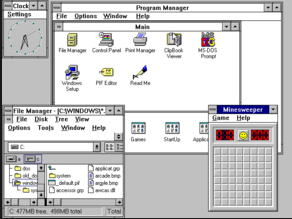 The somewhat clunky Windows 3.1 – which sat on top of DOS – captures the aesthetic of the 16 bit decade better than any other program I can think of.

Image courtesy mysavepoint.blogspot.com Prince of Persia, had fluid graphics and great music. Those slicing blades made us jump out of our skin every time we mistimed a step. 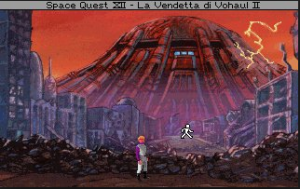 Space Quest IV had some memorable scenes which often come back to me at odd moments – the burger joint in the futuristic space arcade, the Latex Babes of Estros (who ignited all sorts of pent up 15yo frustrations), the distopian post apocalyptic landscapes. I often wish i could explore the whole sq4 world instead of just following the narrative mapped out by the game design, it seemed so rich. Image courtesy adventuregamers.com. 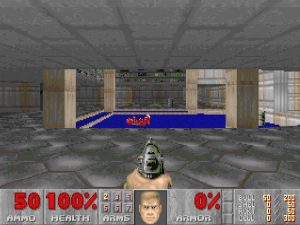 Doom 1 (courtesy www.flatterco.com) this is the first room in the first level. Doom 1 was a 3d revelation with the sunken floor levels and spooky lighting. The soundtrack had some great tunes too, i think it was E2l5 which was my favourite. 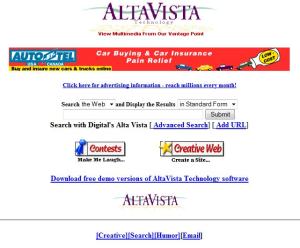 Meanwhile here is one of the first search engines altavista.. slow and clunky compared to google, still these were the only way into the rapidly growing pile of www pages back in 1995-6. They all proudly reported how many thousands or millions of pages they had found in mere microseconds – pseudo statistics which Google and others continues to give to this day. Image from Lloyd Roberson’s Design Journal (lloydrobersondesignjournal.blogspot.com).