Spoke to a philosopher yesterday, a man with a quiet almost shy voice.. long pauses to think. I liked that. He’s trying to bring scientists and philosophers together – no easy feat. A lot of distrust on both sides he says. He spends three months every year in Oxford, a nice lifestyle..

Cold weekend, big frosts. We lit a bonfire and I looked at Saturn through the telescope, it was quite spectacular in the perfect still air, the 3.6mm lens just teasing out the atmosphere’s wobble. Imbibed rose’s mulled cider and fished foil wrapped potatoes from the fire.

This morning, after a mineralogy exam, I am a temporary storehouse of intimate knowledge on chain silicates.. phase diagrams.. fractional crystallisation etc.

Sitting in the lonsdale st roasters cafe afterwards.. ‘espresso dynamo grind’ (i think of an old poem) – read about the ‘screw’ theory of learning. How we return to subjects again and again, and each return we go a little deeper. ALso reading in an excellent book on optical mineralogy about symmetry in 3D – the screw and the inversion/rotation, the cube balanced on a corner – both have a certain aesthetic pull to them. I must investigate further. 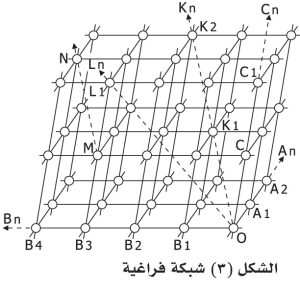 A few nights ago I woke up after dreaming about swimming in grandpas & nanas pool. Deep and cool. The house was sold but we had left three pianos there to be picked up later. I met the new owner, he was refitting the downstairs ‘pool room’ but lots of grandpa’s Illyrian decorations were still up (they had been left there in the hurry of leaving) and he seemed to like them. As i awoke from the dream i thought of connections with greece (my study of it) and that part of the family. Also that mad rush to empty the house out after grandpa died, all the parts of it I remember. The paved patios cut out of rock, nanas gardens, the attic with the funny old orange tv (regretfully chucked on leaving), the huge staircase plunging down the centre of the house. A very strange layout, designed by grandpa.

I think about the family now. How the threads of genealogy flow through people and mix.. the trends. the flavours. the histories, passed on incompletely, imperfectly. something is lost but something new is created at each new link in the chain. walkers meet sekoranja.. strange fusion of exiled anglo and slavic purpose. then mix’d again.. with the blue hardy blood, the aussie benson first australian, the watt scot. Then again (with watt) into scarf and clarke.. the old nuclei is hatched and broken, a discarded house, families drift apart. the subjects become the objects, then the indirect objects, then they wink out altogether (into subconscious).

There is a dark weird version of tuggeranong that exists in my brain when i have these dreams. Feels a bit like a version set in the future, but it has a warped quality like reality redrawn on a chewed up piece of bubble gum. It stretches from cowley place down to kambah and then up into the mountains. It is always night.