The internet mind is growing. It is sorting the threads of sticky intelligence, categorising memes, getting to know itself. There is not yet much policing of the internet. When it is established (probably after many turf wars) will it come from within? Or be enforced from outside? I wonder if the guerrilla battles which already take place online will spill out into the real world. That would be the moment that the significance of the internet as a seat of power becomes manifest. Hackers are dragged out of their homes onto the streets and shot in broad daylight by other hacker groups. Coordinated attacks on server farms tear apart shelves full of hard drives, the culprits disappearing back into the city before a response can be organised. Undersea cables are dug up by automated robots. The Google website is hacked. Will this all happen? I don’t know. But the flux of power will be sorted out just as is in the real world, until everything settles into equilibrium.

In the future people will spend most of their time on the internet. These early days will seem so archaic, but it is here that we will plant the seeds for tomorrow’s forests. Countless memes are beginning right here, to accompany humanity forward in time for perhaps 1000 years. This is the first of rain on a new land surface, sculpting the channels that will one day be canyons. We are lucky to be the first of those online, much power is in our hands.

I think my views on the problems with copyright will be borne out over time. The free transference of information is what makes the internet work. But it is not just the viewing of this information which is transformative, but the recycling, the churning and winnowing out of detail.. and this is what needs to occur unhindered by concerns about who owns what. We all need to share our intellectual property. There are comparisons with the great land grabs which occurred in the 18th and 19th century (the enclosure acts), where common land ostensibly owned by the people became the private property of the rich. Indeed the use of the word ‘intellectual property’ is a clue to how ownership of this elusive substance – information – is envisaged to enrich the same wealthy set.

There is definitely an egalitarian ideal that drives my ideas on the common ownership of IP. Some of the most heated battles might occur not with large corporations but with individuals who are concerned that their work stays under their control. I would encourage such individuals to lessen their grip on these fabricated possessions for the greater good. Society at the same time needs to look after these people and reward their creativity, its needs to provide the situations for them to exist healthily within society (which it doesn’t do much of at the moment). 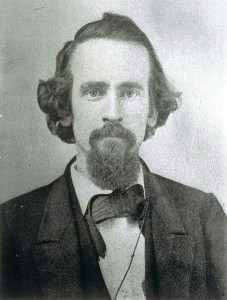 I see myself as a modern day Henry George. The sphere of ‘information’ is much like the terrestrial globe. Sure, the universe is effectively infinite and so is the potential for new information and ideas, but there is in both cases some property which is intrinsically valuable because of its location. It is local and useful to all. Those who squat out on these patches of ground and demand rent from every passer by are profiting off the accident of their birth, or of fate, which placed them there. They are doing no service to anyone. They operate on the same principles as a parasite. He who discovers a great invention, or writes a poem, was really just the right person in the right place at the right time. It is pointless to continually reward them forever after by granting them ownership of the idea, which at the same time hinders its usefulness. Instead, society should be ensuring that it creates situations for the emergence of these ideas in abundance, whether that means putting researchers in labs, or poets in garrets, or musicians in studios. Anyone can put their hand up for the job and receive a stipend but the return to society is that their output is for the benefit of all. Everyone wins, and the information is let free to move about and change the world.

Innovation and creativity would be supercharged. In fact, it always was, in most places until mid way through the 20th century. Only then did it become easier to enforce these artificial intellectual property rules and so innovation and creativity has become entangled in lawsuits while at the same time becoming the preserve of large corps who have the strength to fight them. The internet is encouraging some undoing of this mess with creative commons licencing (which doesn’t go far enough) and the gradual acceptance of the ubiquity of cut and paste, as well as occasional stands being made by the likes of Aaron Swartz (who died one year ago today). But there is still a long way to go and it can probably only occur with a big shakeup of the structures of the world, probably much as along the lines that Henry George was arguing over 100 years ago. 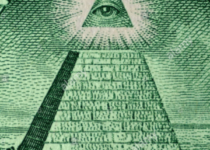