i just ran a quick test and it came up with the following:

B. i am a poetaster

Conclusion at this time: ‘i am a poetaster‘.

Given this pattern of 27 observations, the conclusion would be in error 5 percent of the time. In other words, we would be 95 percent confident that this is the correct conclusion. 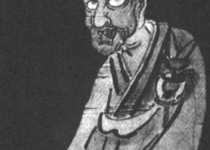