The M in Pλosm stands for the Muses—including Saraswati and the Gods of literature, dance and music, and it extends to divine madness, and the drunken wildness of Dionysus, and the early forms of Shiva (Sanskrit ‘mada’ = drunkenness, lust; perhaps the same root as English ‘mud’). It contains the power of the tantra, the energy of sex and magic, the kundalini snake coiled around the pillar, the “jewel within the lotus”.

Yet in this wild energy there is a rhythym, a dance, a sensation of something else. Unable to be grasped by thought, it is a counterbalance to the rigid certainty of logic. It is an escape from the reality of the material world.

Religious ecstasy, divine inspiration, spiritual enlightenment, psychedelic or altered state experiences and the devotional rituals which surround these experiences, having no logical basis but are inspired by gods themselves, these are included in the activity of the Muses.

The path of the muses is no less valid than that of reason and science, and it too generates a body of work, as valuable as knowledge.

This is the wisdom of Ouroboros, represented by the O in Pλosm.

It is a creative energy but it is also destructive, there is life and death and rebirth in it. It is complete in itself—yet it is just a representation of something else.

The harmony is found in the perfect dance, the perfect union, the perfect song, the perfect ritual, the perfect poem. In this dance and movement we travel the path of peace, and this is the step, the Pada which is the P of Pλosm. So the M leads us back to the start.

The path of the dreamer cannot be explained very well in rational terms. It serves its own evolutionary purpose – like the dance of a bird of paradise. It contains the essence of life itself. 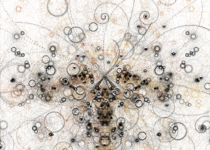 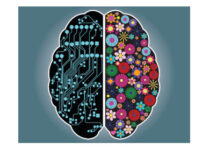