Despite his ineffable charm, Trump has again been shown to be unpopular. What this suggests to me is that if his strategy is to remain in office past the next election, then he is not going to be able to rely on the normal democratic methods. Any second rate autocrat can tilt the balance of the ballot in their favour, retaining some veneer of credibility, but trump seems to be so deeply unpopular i wonder if the usual methods – voter suppression, hacking voting machines, etc. will be sufficient (they will try). If the US democracy is intact (Alabama gives a promising signal that it is) then the 2018 midterms should see a return to some normalcy, although it is impossible to say if the USA’s democracy in its current form can ever be the same. 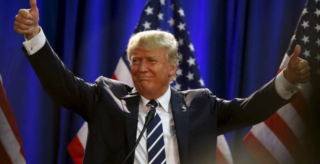 Supposing that Trump manages to stay in office somehow, or perhaps he is usurped but replaced by a more popular autocrat cut from the same cloth, then his special brand of exceptionalism will continue to unfold. What would this mean in the long term? I have a few thoughts about how the contradictions of the trumpian philosophy will eventually lead to its own unraveling, although i am not sure that the doctrines which replace it would necessarily be any better.

First of all, the glorification of one ‘superior’ race (with superior genes) and religion over all others, which is characteristic of trumpism, is just another episode of the same ideology which has driven conflicts since the earliest of times. Regardless of the colour of the infection, we know what it is, and that it leads to segregation within the state, and wars with other foreign colours, the battle drawn along the simplest lines. Taken to its logical extreme, this kind of thinking seeks a ‘final solution’ where the less desirable flavours of people are removed. The thing about this ideology, is that it eventually mutates, and will eat itself, as the demands for purity are never satisfied within any particular group of people, some are always found wanting. This can lead to an endless cycle of war and cleansing in the quest to establish of the most perfect doctrine, the purest race.

We can leave that prospect there, and stand back to admire its ugliness, and its reversal of half a century or more of tolerance in the USA. The only salve for this infection is bed rest and a course of education in tolerance. One thing to note in the context of a militarized movement that the idealized end of such ideologies can justify almost any act. They provide the framework to which everything else can be be hung and measured.

Another interesting and sinister facet of trumpism is the false narrative of reality which it creates around itself. I have been surprised at how poorly I understood human nature, that this narrative has hooked a fairly large segment of the populace into a huge conspiracy theory about the ‘deep state‘, and that the world is against them (which as their thinking becomes more like that of a cult, is a self fulfilling prophesy). Around the world, governments are noticing this, and their ‘spin’ is being amplified more than ever. Where before it used to be subtle, now outright lying to the people by the leaders in power is becoming normal in western democracies. In Australia, people are noticing this, anyway. Certainly it is contributing to events in the UK. This erosion of reality in order to stay in control goes hand in hand with the stifling of alternative/dissenting voices, in the press and everywhere. George Orwell wrote that the only substantial difference between totalitarianism and democracy is freedom of speech, and the most important use of this freedom, is to criticize the leadership of a country without retribution (I can’t find a good quote for this, but it is an assertion made by Stephen Spender in his book Forward from Liberalism, which I am leafing through). This freedom of the word itself is democracy, voting is almost incidental. In his autobiography Hitch 22 Christopher Hitchens, visiting Cuba in the early years of Castro’s regime, remarked that if one is not able to critique the leader of a country (as one wasn’t in Cuba) that ‘the rest is mere detail’ with regards freedom of speech. 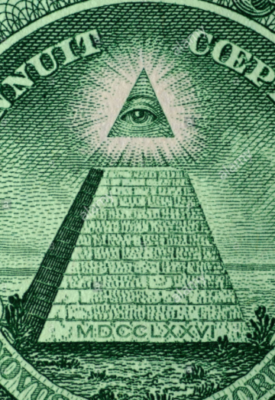 The need to quieten dissenters and truth speakers is a fundamental part of trumpism. At the moment trump has done little more than rage on twitter against his detractors. If he is to stay in power he will need to go further than this. This fundamental shift might require a trigger to occur, an emergency, where detractors can become ‘enemies of the state’. It might be a real emergency or a confected one. The prisons are empty and ready to take the first dissidents – and their arrest will trigger a shockwave through a society that was born in liberal ideals, and has never faced fascism in the raw.

One worry I have is that with the state of technology being what it is, and all of us able to be under continual surveillance, already are probably, then once a regime such as this takes hold, it would be very hard to shift it from within. Resistance could be stifled much more effectively than in past regimes. Part of me wonders almost if there is an inevitability about it, a ratcheting into place of authoritarian apparatus.

I can’t help writing this without feeling a bit shrill, so lets look at another aspect of trumpism which runs completely counter to the fascist state, and it is the aspect that is empowering corporations and the wealthy, and shrinking government control. This does not look like the actions of an autocrat or a totalitarian state. Instead, it is creating a society in which corporations call the shots, and for all their self interest and sometime disregard of the environment and/or humans, still they do require a liberalised market society to happily exist within. Wars are particularly bad for most businesses, and the multinational nature of modern corporations suggests they have risen above the narrow interests of nation and race. They also require a strong and fair rule of law to operate and for a people to be free to move around, to make money and spend it, and essentially they have little appetite for civil unrest and uncertainty such as are brought about by rogue administrations.

Although many of us don’t like a lot of what they do, corporations could be the ones who in the end will uphold the enlightened freedoms which our societies have been built upon, against national governments who wish to clamp down on those freedoms in order to stay in power. If this ever became the case, then more power to them – although it seems like the only power they don’t have already is a military one. Of course, there needs to be something to keep them in check to prevent their destruction of the natural environment, and this is one of the areas where a world government would step in, as I have argued in another post. 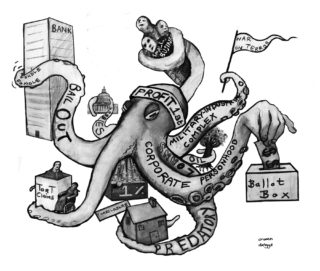 A final characteristic of trumpian exceptionalism is the way he has changed the very character of the office of president. For the first time we are seeing a president behaving ‘unpresidentially’, day after day, and using social media in a casual way. World affairs are being managed through twitter, and there is a sense of the veil having fallen on the sanctity of the office. Whoever takes the role of president next will discover that a lot of the gravitas has gone from it. Perhaps this is not a bad change, if we see the human side of our leaders. One thing that has become clear, is that the president sits surrounded by an apparatus of state that carries on regardless of his input much of the time. Perhaps future presidents will continue in this style, being popularists who are in the public eye more than ever, but also more removed from the decisions that matter. Perhaps this is the future model. It would allow for an election-winning candidate to be more like a celebrity, and less like a diplomat, which seems to be the trend anyway, in this day when we are all on social media and expect to occasionally see our leaders with their pants down making fools of themselves..

Such is my delightful Christmas vision of the state of the world in 2017. I will now go back and write some poems. 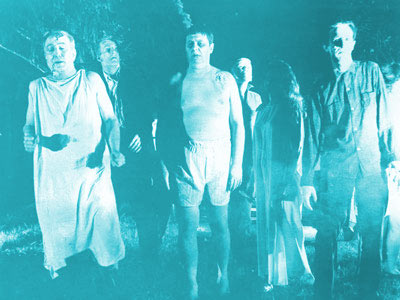